Revo2Go and iGoPro - A Revolution in Magnification 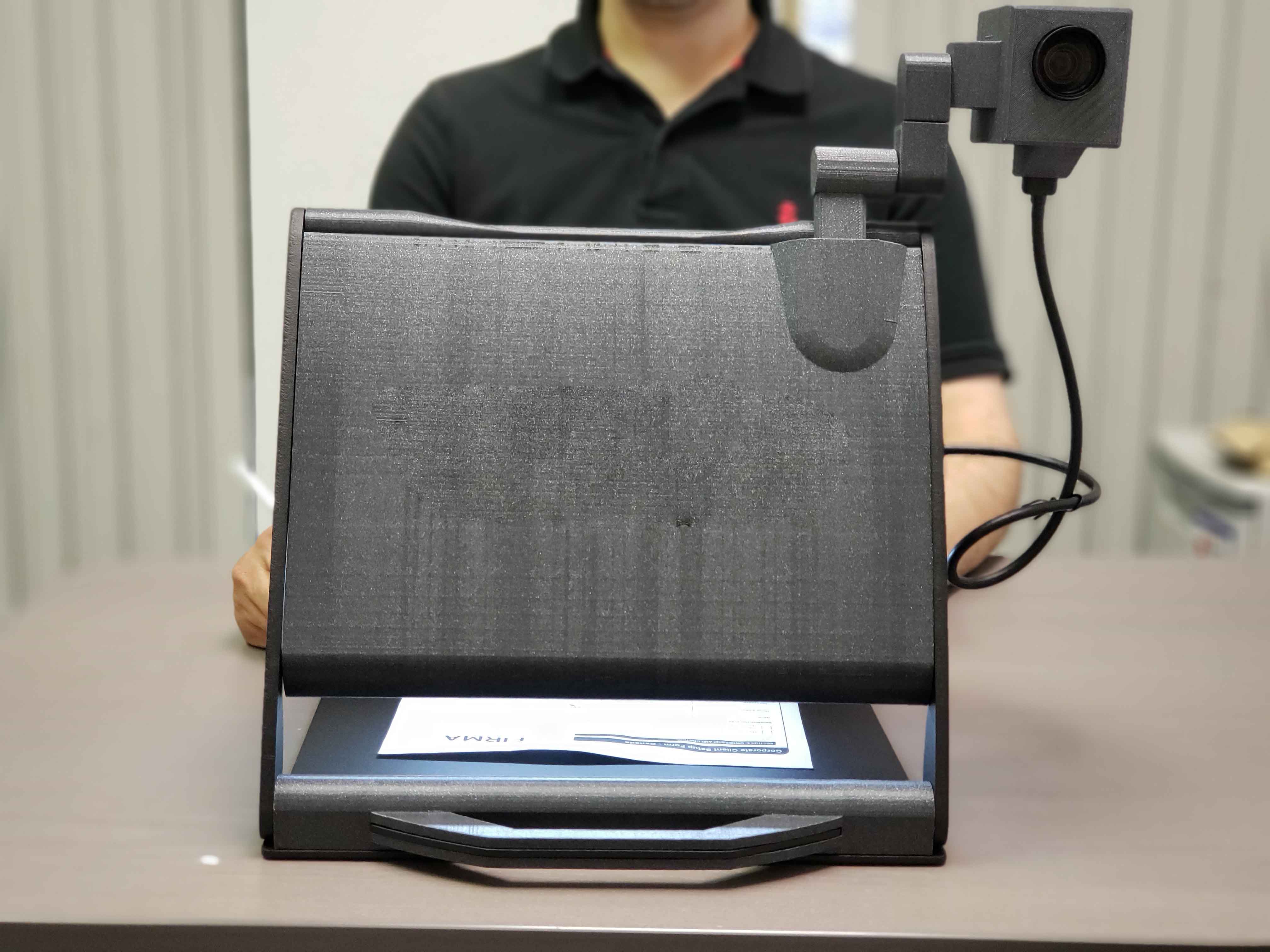 Reprinted With Permission
Not all technological revolutions are created equal. Some innovations just find new and not necessarily better ways of doing things. But sometimes, a technology comes along that has an outsized impact, makes people jump up, take notice and say, “Why didn’t I think of that?” The Revo2Go line of portable video magnifiers does just that, pairing the best available ultra-portable computing solutions with exceptional near and distance magnification tools to redefine what makes for a successful assistive technology device. Rather than competing with the mainstream, Revo2Go embraces it, learns from it, and leverages it into a tool for making visually impaired people’s lives better.
Revo2Go did not emerge from a vacuum, but rather exists at the crossroads between the computer revolution and something far different: the surveillance state. For most people, the term “CCTV” conjures images of ranked video surveillance monitors, watching the public in casinos, store isles or on city streets, tools of huge corporations or big governments. But for people with a visual impairment, CCTVs provided something far more personal, the power to read. A CCTV or closed-circuit TV is a system in which the camera sends its signal to a specific destination, usually some form of monitor or recorder. While the most common application for these sorts of cameras has always been for watching people or places, several companies have enabled generations of visually impaired people around the world by pairing a magnifying camera with a video screen to enlarge images under the lens and bring blurry objects into focus. These devices were often extremely heavy, overbuilt and outrageously expensive. With customized controls for analog functions like physical shutters that covered up lenses to restrict the field of view to one line at a time, manual controls for focus and contrast, and entirely optical-based zoom, these machines looked like what they were, the culmination of several technologies before the dawn of the digital age.
At the same time, computers were going through a whirlwind of reinvention and discovery. Microprocessors grew smaller and smaller, doubling the potential computing power available every few years like clockwork. The most sophisticated machines available to the public went from something barely smart enough to assist with math homework, to something that could write and present the class in about a human generation, from big towers sitting next to green-scale displays relying on cathode ray tubes, to smartphones that weighed fractions of a pound. Then, came the smartphone and the tablet, touchscreen devices with more computing power than full-fledged desktop systems that were only a few years old, controlled by swiping across their glass screens.
Video magnifiers and personal computers evolved over time. Large mechanical lenses and analog circuitry were replaced by solid state components that were lighter, faster and cheaper. The same could be said of computers that soon were no larger or heavier than a small notebook. And when computers began to feature displays that tested the limits of human vision, they began to come with cameras to match, cameras that recorded an image so detailed that when enlarged even dozens of times could remain crisp and clear enough took look entirely natural. This led to the creation of small video magnifiers that utilized these new screens and cameras to create the ultimate form of those massive devices that once took up an entire desktop, but there was more to be done.
Beginning with the Revolution and Revo2Go, Northstate AT brought together the magnification tools of a traditional video magnifier with the functionality of a mobile computer. These original devices benefited from the customizability of the Android operating system to deliver productivity features and magnification hardware. However, advances among flagship devices like the Microsoft Surface Pro and Apple iPad Pro enabled a switch to industry-standard devices recognized around the world as the best tablet computers on the market. The Revo2Go-WIN and iGoPro offer the best of the mainstream tablet computer experience operating hand in hand with a first-class video magnifier. Where only a few years ago, a student would have needed to carry both a portable video magnifier and a laptop computer to complete her assignments, she can now turn to the same device for access to printed handouts and the most up-to-date versions of Microsoft Office, Google Suite and any number of other popular software options. Likewise, where an office worker may once have had to carry a computer with external document camera, for reading the files in his inbox, a handheld magnifier for spot reading and a distance lens for viewing sales presentations, he can now simply pack up his Revo2Go-WIN in the morning, confident in the battery’s ability to see him through the day.
While there will always be value in a highly sophisticated device that does one thing exceptionally well, the promise of an accessible device that can do practically everything is almost upon us. Where once the ability to overcome the challenges of visual impairment was the reserve of a technically savvy few, new tools that are intuitive, reliable and robust are making universal access more truly universal than ever. This is nothing less than a revolution in magnification.
Previous Post
Next Post